In 1963, Stephen Hawking contracted motor neurone disease and was given two years to live. Yet he went on to Cambridge to become a brilliant researcher and Professorial Fellow at Gonville and Caius College. For thirty years he held the post of Lucasian Professor of Mathematics and Theoretical Physics at Cambridge, the chair held by Isaac Newton in 1663. Professor Hawking has over a dozen honorary degrees, was awarded the CBE in 1982. He is a fellow of the Royal Society and a Member of the US National Academy of Science. 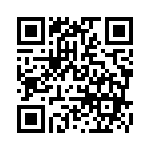