William J. Knaus, EdD, is a licensed psychologist with more than forty-six years of clinical experience working with people suffering from anxiety, depression, and procrastination. He has appeared on numerous regional and national television shows, including The Today Show, and more than one hundred radio shows. His ideas have appeared in national magazines such as U.S. News & World Report and Good Housekeeping, and major newspapers such as The Washington Post and the Chicago Tribune. He is one of the original directors of postdoctoral psychotherapy training in rational emotive behavior therapy (REBT). Knaus is author or coauthor of more than twenty-five books, including The Cognitive Behavioral Workbook for Anxiety, The Cognitive Behavioral Workbook for Depression, and The Procrastination Workbook.

Dr. Albert Ellis (1913-2007) was the author of more than 65 books on psychotherapy, relationship therapy, and self-help, including Feeling Better, Getting Better, Staying Better; Rational Emotive Behavior Therapy: A Therapist's Guide; Making Intimate Connections and How to Make Yourself Happy and Remarkably Less Disturbable. He published over 700 articles and composed more than 200 rational songs.

Dr. Ellis was rated by psychologists and counselors in the United States as one of the most influential psychologists of our time. He "revolutionized" psychotherapy since 1955, when he created Rational Emotive Behavior Therapy (REBT), the first of the now-popular cognitive behavior therapies. Dr. Ellis was a practicing psychologist, president of the Albert Ellis Institute in New York City, and a featured speaker at workshops and conferences throughout the world. He received many awards, including distinguished psychologist, scientific researcher, and distinguished psychological practitioner from several associations, including the American Humanist Association, American Academy of Psychotherapists, Society for the Study for Scientific Sex, American Association of Sex Educators, Counselors, and Therapists, and Academy of Psychologists in Marital and Family Therapy. He also earned one of the highest awards of the American Psychological Association: Distinguished Professional Contribution to Knowledge. 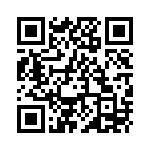