Alan Rosenthal is Professor of Public Policy and Political Science at the Eagleton Institute of Politics, Rutgers University. He has collaborated in activities with the National Conference of State Legislatures (NCSL), the Council of State Governments (CSG), and the State Legislative Leaders Foundation (SLLF) and worked on projects and studies for legislatures in about 35 states. Currently, he is working with NCSL, the American Political Science Association (APSA), and the Center for Civic Education on the development and communication of a new public perspective on representative democracy.

In New Jersey, he chaired the Ad Hoc Commission on Legislative Ethics and Campaign Finance in 1990, was selected as the independent member and chair of the Redistricting Commission in 1992, and in 1993 received the Governor's Award for Public Service. In 1995 Rosenthal received APSA's Charles E. Merriam Award, which honors a person whose published work and career represent a significant contribution to the art of government through the application of social science research.

His recent books include Republic on Trial: The Case for Representative Democracy (Rosenthal et al., 2003) and Heavy Lifting: The Job of the American Legislature (2005). 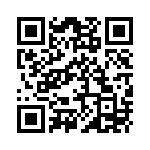