Quantum mechanics is perhaps the most controversial scientific theory after Darwin's theory of evolution. On one side, new age and self-help gurus of all sorts concoct simplistic, frivolous and even ... Read full review

Quantum Enigma Bruce Rosenbaum and Fred Kuttner June 8, 2010 Quantum theory is unchallenged as an explanation for observed phenomena, but has at is core the completely fantastic idea that observation ... Read full review

Bruce Rosenblum is Professor of Physics and former Chairperson of the Physics Department at the University of California, Santa Cruz. He has also consulted extensively for government and industry on technical and policy issues. His research has moved from molecular physics to condensed matter physics and, after a foray into biophysics, has focused on fundamental issues in quantum mechanics. After a career in industry that included two technology startups, and following a second career in academic administration, Fred Kuttner now devotes most of his time to teaching physics at the University of California, Santa Cruz. His research interests have centered on the low temperature properties of solids and the thermal properties of magnets. For the last several years, Kuttner has worked on the foundations of quantum mechanics and the implications of the quantum theory. 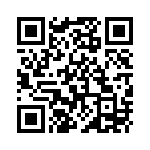