Shadi Bartsch is Helen A. Regenstein Distinguished Service Professor of Classics at the University of Chicago. She is the author of Decoding the Ancient Novel: The Reader and the Role of Description in Heliodorus and Achilles Tatius (1989); Actors in the Audience: Theatricality and Doublespeak from Nero to Hadrian (1994); Ideology in Cold Blood: A Reading of Lucan's Civil War (1998); The Mirror of the Self: Sexuality, Self-Knowledge, and the Gaze in the Early Roman Empire (2006); and the forthcoming Persius: A Study in Food, Philosophy, and the Figural.

Alessandro Schiesaro is Professor of Latin Literature at Sapienza University of Rome. He is the author of The Passions in Play: Thyestes and the Dynamics of Senecan Drama (2003) and the co-editor, with Thomas Habinek, of The Roman Cultural Revolution (1997). 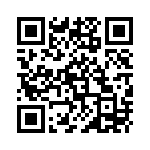