Irwin Stambler was born in Brooklyn, New York on November 20, 1924. During World War II, he served in the Army for two years. He received bachelor's and master's degrees in aeronautical engineering from New York University. He worked as an engineer into the 1950s and then became a full-time writer. He wrote about aerospace and technology in magazines like Space Aeronautics. He went on to write dozens of books on subjects like the space program, drag racing, minibikes, the fastest humans, the X-15 rocket-powered aircraft, the pitcher Catfish Hunter, and the basketball star Bill Walton. He was best known for writing music encyclopedias including the Encyclopedia of Popular Music and The Encyclopedia of Pop, Rock and Soul. He died from complications of sepsis on February 10, 2017 at the age of 92. 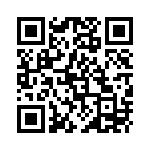