Open-carry of guns is not only a universal right, but celebrated. Dueling is an accepted practice if you argue with someone in a restaurant. Main male character is surprised that a woman carries and can use a gun. Hmmm, I’m opting for that Jimmy Carter Universe in that other novel. Read full review

My wife and I like to read "retro" sci-fi once or twice a year. We've got a ton of it on our shelves. Some of them hold up well, others not so much, but it's almost always entertaining to be reminded ... Read full review

Robert A Heinlein is considered one of the Big Three of classic science fiction (along with Isaac Asimov and Arthur C. Clarke). Heinlein is a seven-time Hugo Award recipient and was given the first Grand Master Nebula Award for lifetime achievement. Heinlein s juveniles alone have influenced generations of scientists, engineers and creators the world over (for instance, it was once estimated that everyone in the Apollo 11 mission control room had read and loved at least one Heinlein novel). His worldwide bestsellers include Have Space Suit Will Travel, Stranger in a Strange Land, Starship Troopers, Time Enough for Love, and The Moon Is a Harsh Mistress. 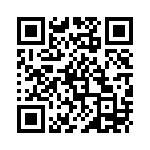