This book is a great story, but there were a couple issues I had with it that unfortunately mean that it earns one star. The author uses a very obvious trope to tie each initially disparate story line ... Read full review

AMITAV GHOSH is the internationally bestselling author of many works of fiction and nonfiction, including The Glass Palace, The Great Derangement, and the Ibis Trilogy (Sea of Poppies, River of Smoke, and Flood of Fire). He is the recipient of numerous awards and prizes. Ghosh divides his time between Kolkata and Goa, India, and Brooklyn, New York. 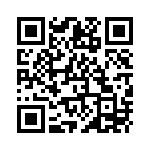