Lan Li received her PhD in Social Anthropology from Queen's University Belfast, UK in 1998 and the research was funded by the university and the Royal Anthropological Institute of Great Britain and Ireland. Her doctoral thesis, entitled 'Nuo: Shamanism among the Tujia of Southwest China' studied the rise of popular religions in contemporary China and its changing role in the process of profound social transformation in post-Mao era. The thesis was later published in book form in Chinese. Her most recent publication in this area is the article entitled 'The Changing Role of the Popular Religion of Nuo in Modern Chinese Politics' which was published by Modern Asian Studies in 2010. Dr Li is a member of the British Association for Chinese Studies and the Association for Chinese Studies in Ireland. She is currently a member of staff at the Irish Institute for Chinese Studies at University College Dublin. 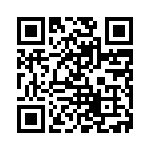