This was a surprisingly good novel by H.G Wells. It's full of action, excitement, adventure, and aircraft warfare! The characters are interesting too and the plot, setting, and thematic concepts that ... Read full review

I’m getting a lot of old books free for Kindle, and as I can read them in the dark while walking home from the local Starbucks, I’ll probably end up reviewing them. In The War In The Air. As usual, H ... Read full review

Herbert George Wells's (1866-1946) career as an author was fostered by a childhood mishap. He broke his leg and spent his convalescence reading every book he could find. Wells earned a scholarship at the Norman School of Science in London. Wells's "science fiction" (although he never called it such) was influenced by his interest in biology. H. G. Wells gained fame with his first novel, "The Time Machine (1895)." He followed this with "The Island of Dr. Moreau (1896), The Invisible Man (1897), " and "The War Of The Worlds (1898). 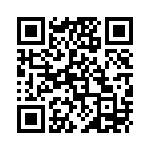