5 pages matching whisper in this book

14 of 75 for 2015. Difficult to say if I should count this as it's really just a story published posthumously, but it is, strictly speaking, a book, if a very short one. Monette is one of my favorite ... Read full review

SANCTUARY: A Tale of Life in the Woods

This final work by National Book Award winner (for Becoming a Man, 1992) Monette, novelist/poet/memoirist who died of AIDS in 1995, is cast in the form of a fable. Monette does well as a stylist in ... Read full review

Paul Monette was born on October 16, 1945 in Lawrence, Mass., and has published numerous poetry collections, novels, novelizations, memoirs, and nonfiction works. A distinguished author of both poetry and prose, Monette's writings often explored issues relating to homosexuality and AIDS. After receiving critical acclaim in 1975 for a poetry collection The Carpenter at the Asylum, he veered away from his mainstay theme and produced an unlikely pair of books that demonstrated his poet's way with words. The books were No Witnesses, a collection of poems featuring imaginary adventures of famous figures, written in 1981, and The Long Shot, a mystery in which an avid shopper and a forger team to solve a murder. However, his following mystery, Lightfall, written in 1982, was not well-received by the critics. Monette next wrote Becoming a Man: Half a Life Story, which won the National Book Award for nonfiction in 1992. His last work, Last Watch of the Night: Essays Too Personal and Otherwise, was a collection of 10 moving and uncompromising essays dealing with topics such as his beloved dog Puck and the 1993 Gay and Lesbian March on Washington, D.C. Paul Monette died as a result of complications from AIDS on February 18, 1995. 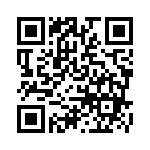