Peder Anker is an associate professor of the history of science at the Gallatin School of Individualized Study and the Environmental Studies Program at New York University. He is also the author of Imperial Ecology, Environmental Order in the British Empire, 1895--1945. 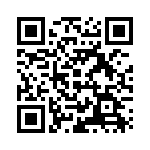