I really loved reading this book. It helped me fill in many blanks in my understanding of German philosophy after Kant and it helped me understand something about the stage setting for the emergence ... Read full review

Karl Ameriks is McMahon-Hank Professor of Philosophy (emeritus) at the University of Notre Dame. He has published numerous books on Kant, including Kant's Theory of Mind (1982), Kant and the Fate of Autonomy (Cambridge, 2000), and Kant's Elliptical Path (2012), as well as other edited and translated volumes. He has also served as co-editor of the Cambridge Texts in the History of Philosophy series. 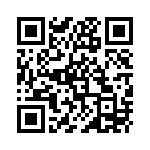