Phyllis McKay Illari is currently a postdoctoral researcher at the University of Kent. She has also held posts at the Universities of Stirling and Bristol. She is interested in all aspects of the metaphysics and methodology of causality. She is currently working on a Leverhulme-Trust funded project on mechanisms and causality across the sciences that uses understanding of the discovery and use of causal mechanisms in different sciences to inform philosophical work on causality.

Federica Russo is currently Research Associate at the University of Kent and has visited the Centre for Philosophy of Natural and Social Science (CPNSS) at the LSE from April 2004 to January 2005 and the Center for Philosophy of Science (Pittsburgh) from January to April 2009. She is interested in causality and probability in the social, biomedical and policy sciences, as well as in the philosophical, legal, and social, implications of technology. Federica is part of the editorial board of the journal Philosophy and Technology and features editor of the monthly gazette The Reasoner.

Jon Williamson is Professor of Reasoning, Inference and Scientific Method in the philosophy department at the University of Kent. He works on causality, probability, logic and applications of formal reasoning within science, mathematics and artificial intelligence. Jon currently heads the philosophy department and is a director of the multi-disciplinary University of Kent Centre for Reasoning. He runs the Reasoning Club, a network of research centres, and edits The Reasoner, a monthly gazette on research in this area. Jon was Times Higher Education UK Young Researcher of the Year 2007. 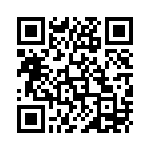