For a National Geographic, this coffee table book is much lower in quality than normal. The book is divided into 7 sections, generally regionally, working counter clockwise from Cape York all the way ... Read full review

Originally a New England Yankee, Roff Smith has lived most of his adult life in Australia. He began work as a journalist for the "Sydney Morning Herald" and later as a feature writer for Melbourne's "Sunday Age." He joined "Time Magazine" in 1993, and as an award-winning senior writer he covered stories around Australia and as far afield as New Guinea, French Polynesia, and Antarctica.

In 1996, Roff set off alone into the Australian Outback on a 10,000-mile bicycle trek. The story of his journey appeared as a three-part series in National Geographic, and is described in more detail in "Cold Beer and Crocodiles: A Bicycle Journey into Australia," published in 2000 by National Geographic Adventure Press. In 1999, his book "Australia: Journey Through a Timeless Land" was published by National Geographic. Roff now lives in South Australia, where he freelances for a number of international magazines and publications. 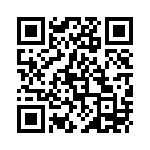