Edith Stein, born on October 12, 1891, of Jewish parents, converted to Catholicism and was baptized on January 1, 1922. After her conversion, Edith spent her days teaching, lecturing, writing and translating, and she soon became known as a celebrated philosopher and author, but her own great longing was for the solitude and contemplation of Carmel, in which she could offer herself to God for her people. She entered the Discalced Carmelite Nuns cloistered community at Cologne-Lindenthal on October 14, 1933. The following April, Edith received the Habit of Carmel and the religious name of Teresa Benedicta of the Cross and on Easter Sunday, April 21, 1935, she made her Profession of Vows. When the Jewish persecution increased in violence and fanaticism, Sister Teresa Benedicta soon realized the danger that her presence was to the Cologne Carmel, and she asked and received permission to transfer to a foreign monastery. On the night of December 31, 1938, she secretly crossed the border into Holland where she was warmly received in the Carmel of Echt. There she wrote her last work, The Science of the Cross. She died in the gas chambers at Auschwitz on August 9, 1942. She was canonized on October 11, 1998. 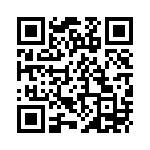