This is a handy little book. It is great illustrations and orders of battle for both Guilford and Weitzel's Mill. There are excellent descriptions of the action, as well as the terrain. I was ... Read full review

Angus Konstam hails from the Orkney Islands and is the author of over 15 books, many of which are published by Osprey. His maritime titles include Elite 67: 'Pirates 1660-1730', Elite 69: 'Buccaneers 1620-1700' and Elite 70: 'Elizabethan Sea Dogs 1560-1605'. Formerly the Curator of Weapons in the Royal Armouries at the Tower of London, he also served as the Chief Curator of the Mel Fisher Maritime Museum in Key West, Florida. He is now based in London, where he combines a freelance museum consultancy business with a career as a historian and writer.

Adam Hook studied graphic design, and began his work as an illustrator in 1983. He specializes in detailed historical reconstructions, and has illustrated Osprey titles on the Aztecs, the Greeks, the American Civil War and the American Revolution. His work features in exhibitions and publications throughout the world. 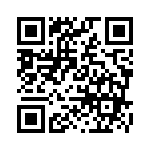