Masud Mansuripur received a Bachelor of Science degree in Electrical Engineering from Arya-Mehr University of Technology in Tehran, Iran (1977),a Master of Science in Electrical Engineering from Stanford University(1978), a Master of Science in Mathematics from Stanford University (1980),and a PhD in Electrical Engineering from Stanford University (1981). He has been a Professor of Optical Sciences at the University of Arizona since 1991. His areas of research include: optical data storage, optical signal processing, magneto-optical properties of thin magnetic films, and optical/thermal characterization of thin films and stacks. A Fellow of the Optical Society of America, he has published more than 200 papers in various technical journals, holds four patents, has given numerous invited talks at international scientific conferences, and is a contributing editor of Optics & Photonics News, the magazine of the Optical Society of America. Professor Mansuripur's published books include Introduction to Information Theory (1987), and The Physical Principles of Magneto-optical Recording (1995). 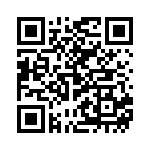