RAMON L. JIMÉNEZ, a freelance writer, has devoted much of the last ten years to studying and writing about Julius Caesar, the Celts, and the history of the late Roman Republic. 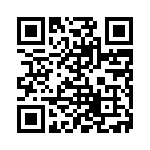