Fuller was a professional soldier and somewhat of an armoured warfare specialist in WWII. His examination of what can be derived from the sources available in the mid-1950's is still valuable today. His prose is clear, and he must have been an effective lecturer. Read full review

Major General J.F.C. Fuller (1878-1966) was one of the most important and original military thinkers of this century. He served as lieutenant in the Boer War, organized the first British tank corps in World War I, and developed the strategy and tactics of tank warfare which were later put to such effective use by the Nazis for their World War II blitzkriegs. His many books include A Military History of the Western World (3 volumes), The Generalship of Ulysses S. Grant, Julius Caesar: Man, Soldier, and Tyrant, and The Generalship of Alexander the Great, all of which are available from Da Capo Press/Perseus Book Group. 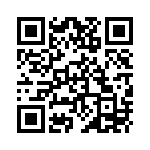