This was a life changing read. Do not read if you like drinking water from your own faucet or buying toothpaste at your local grocery or drugstore. I knew little about fluoride, its composition, uses ... Read full review

This book was pretty heavy with information. It also appears to be somewhat conspiracy related... But, it alarmed me still. The kids and I no longer use flouride, since Jan 2005 and haven't had any problems from NOT using it. Read full review

CHRISTOPHER BRYSON is an award-winning investigative reporter and a television producer. He covered Guatemalan Army human rights abuses from Central America in the late 1980's for the BBC World Service, National Public Radio and The Atlanta Constitution. He was part of the investigative team that won a George Polk Award and Sidney Hillman Prize with Jonathan Kwitny at Public Television's The Kwitny Report. Bryson's reporting for The Manchester Guardian, The Christian Science Monitor, Lingua Franca and the BBC has included investigations of David Duke's Nazi past, NASA's nuclear payloads, the Rev. Sun Myung Moon's Unification Church, and CIA links to Radio Free Europe. In 1998 he was part of a team that won a National Headliner award for a History Channel documentary on the bombing of Pan Am flight 103. He lives in New York City with his wife Molly and son Owen. 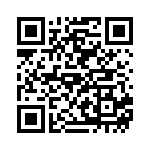