Mark Lutz is an independent Python trainer, writer, and software developer, and is one of the primary figures in the Python community. He is the author of the O'Reilly books Programming Python and Python Pocket Reference (both in 2nd Editions), and co-author of Learning Python (both in 2nd Editions). Mark has been involved with Python since 1992, began teaching Python classes in 1997, and has instructed over 90 Python training sessions as of early 2003. In addition, he holds BS and MS degrees in computer science from the University of Wisconsin, and over the last two decades has worked on compilers, programming tools, scripting applications, and assorted client/server systems. Whenever Mark gets a break from spreading the Python word, he leads an ordinary, average life with his kids in Colorado. Mark can be reached by email at , or on the web at http://www.rmi.net/~lutz. 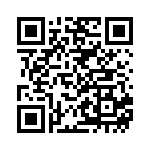