Tonio Hölscher is Professor of Classical Archaeology at the University of Heidelberg. His publications focus on public monuments, political iconography and urbanism in Ancient Greece and Rome and on general art and cultural theory. His is a member of various scientific institutions, including the Academia Europae, London.

Anthony Snodgrass is Emeritus Professor of Classical Archaeology in the University of Cambridge whose books include Homer and the Artists (Cambridge University Press, 1998).

Jas' Elsner is Humfry Payne Senior Research Fellow in Classical Art and Archaeology in the University of Oxford. His books include Art and the Roman Viewer (Cambridge University Press, 1995) and Imperial Rome and Christian Triumph (1998). 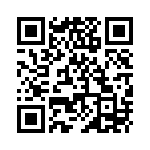