This books receives high marks within the field as a collection of translations of Zoroastrian texts from different eras in the development of that faith. The author/ translator is one of the world's ... Read full review 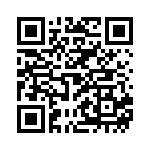