Born in New York City, Steven Weinberg was a high school and college classmate of Sheldon Glashow; both attended the Bronx High School of Science and Cornell University. Although Weinberg has made contributions as a theoretical physicist in cosmology, quantum scattering, and the quantum theory of gravitation, he is most widely known for his work with Sheldon Glashow and Abdus Salam, with whom he shared the 1979 Nobel Prize in physics. Weinberg received a share of this honor for his formulation of the theory that unifies the relationship between the weak force and the electromagnetic force, including the capability to predict the weak neutral current. After receiving a Ph.D. from Princeton University in 1957, Weinberg held postdoctoral positions at Columbia University from 1957 to 1959, the Lawrence Berkeley Laboratory from 1959 to 1960, the University of California at Berkeley from 1960 to 1966, Harvard University from 1966 to 1967, and the Massachusetts Institute of Technology from 1967 to 1969. He is married to a law professor, and they have one daughter. 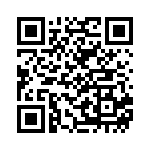