16 pages matching Homeric in this book

I'm not sure I entirely agree with MacIntyre's thesis that we have necessarily descended into a subjective, emotivist morality due to our loss of a sense of duty to a larger, communal whole, but its ... Read full review

An exploration of moral philosophy in the Western tradition. The author's main premise, if I have understood it properly, is to commend the Aristotelian tradition and many aspects of its framework in ... Read full review 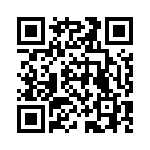