A compilation of quick references dealing with WWII. The texts are well written but the maps are not very useful overall. If one has a good Atlas of the War , be prepared to consult that as well. Not perfect as a one-volume reference, but pretty good, as it was a very large war. Read full review

I. C. B Dear (General Editor). After serving as a regular officer in the Royal Marines, Ian Dear worked in book publishing for 16 years before becoming a full-time writer in 1979. He has written and edited a number of books on maritime and military subjects. M. R. D. Foot (Consultant Editor). Michael Foot is an historian and former wartime intelligence officer. He was professor of modern history at Manchester University (1967-73) and has been involved with a number of works, including writing many books on the SOE and editing the first four volumes of the Gladstone Diaries. 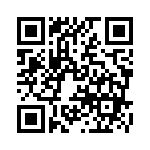