This thematic reference, with an extensive chronology, examines the events, people, places, and ideas that have shaped the world we live in via colonialism. The first two volumes contain alphabetical ... Read full review 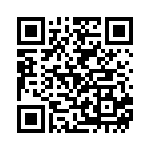