‘In Blade Runner, also, it is an authentic relationship to Being that is taken to be what essentially ensouls both humans and replicants. Such is the import of Roy Batty’s famous final soliloquy: “I ... Read full review

First of all, I have to make a public admission and state that I love Philip K. Dick and have every book he ever published, at least every book publicly available, meaning over 40 or thereabouts. Some ... Read full review 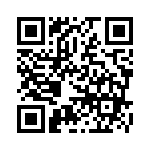