Mary Jo Nye’s Before Big Science: The Pursuit of Modern Chemistry and Physics, 1800 – 1940 “studies the individuals, institutions, and ideas that turned the late eighteenth-century traditions of ... Read full review 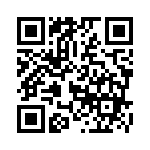