The book, consisting of 74 poems each of four or five questions, is haunting and typical of Neruda. At times childlike and winsome, at others laced with something darker, they are each a little koan ... Read full review

I have always loved Neruda, and I bought this book because it was written in the last months of his life. My father is currently dying of cancer, and everyone in my family is searching for ways to ... Read full review

Pablo Neruda was born Ricardo Eliecer Neftalí Reyes Basoalto in Ferral, Chile on July 12, 1904. In 1923 he sold all of his possessions to finance the publication of his first book, Crepusculario (Twilight), which he published under the pseudonym Pablo Neruda. Veinte Poemas de Amor y una Cancion Desesperada (Twenty Love Poems and a Song of Despair), which was published the following year, made him a celebrity and allowed him to stop his studies to devote himself to poetry. His other works include Espańa en el Corazón, Canto General, Las Uvas y el Viento, and Para Nacer He Nacido. He received numerous awards including the World Peace Prize with Paul Robeson and Pablo Picasso in 1950, the Lenin Peace Prize and the Stalin Peace Prize in 1953, and the Nobel Prize for Literature for his poetry in 1971. He died of leukemia on September 23, 1973. 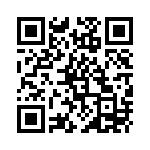