I've been curious about this book for decades, as it was referenced more than once during psych classes I took during college. It's a short, thoughtful read of about 240 pages, discussing different ... Read full review

Wow, what a great book! Though I'm not very knowledgeable about neurology, this book was extremely compelling and a fairly quick read too. Sacks is an excellent and vivid writer and observer. My only ... Read full review

Oliver Sacks was born in 1933 in London, England into a family of physicians and scientists (his mother was a surgeon and his father a general practitioner). He earned his medical degree at Oxford University (Queen’s College), and did residencies at Mt. Zion Hospital in San Francisco and at UCLA. Since 1965, he has lived in New York, where he is a practicing neurologist. In July of 2007, he was appointed Professor of Neurology and Psychiatry at Columbia University Medical Center, and he was also designated the university’s first Columbia University Artist. In 1966 Dr. Sacks began working as a consulting neurologist for a chronic care hospital in the Bronx where he encountered an extraordinary group of patients, many of whom had spent decades in strange, frozen states, like human statues, unable to initiate movement. He recognized these patients as survivors of the great pandemic of sleepy sickness that had swept the world from 1916 to 1927, and treated them with a then-experimental drug, L-DOPA, which enabled them to come back to life. They became the subjects of his book Awakenings, which later inspired a play by Harold Pinter (A Kind of Alaska) and the Oscar-nominated feature film (Awakenings) with Robert De Niro and Robin Williams. Sacks is perhaps best known for his collections of case histories from the far borderlands of neurological experience, The Man Who Mistook His Wife for a Hat and An Anthropologist on Mars, in which he describes patients struggling to live with conditions ranging from Tourette’s syndrome to autism, Parkinsonism, musical hallucination, epilepsy, phantom limb syndrome, schizophrenia, retardation, and Alzheimer’s disease. His stories have resonated with millions of readers around the world, and they have also inspired a number of artistic adaptations. The Man Who Mistook His Wife for a Hat was the basis for a theatrical treatment, L'Homme Qui... by Peter Brook, and for a chamber opera by Michael Nyman. He has investigated the world of deaf people and sign language in Seeing Voices, and a rare community of colorblind people in The Island of the Colorblind. He has written about his experiences as a doctor in Migraine and as a patient in A Leg to Stand On. He is also the author of a memoir, Uncle Tungsten: Memories of a Chemical Boyhood, Musicophilia: Tales of Music and the Brain and The Mind's Eye. Sacks’ work, which has received support from the Guggenheim and Alfred P. Sloan Foundations, regularly appears in the New Yorker and the New York Review of Books, as well as various medical journals. The New York Times has referred to Dr. Sacks as “the poet laureate of medicine,” and in 2002 he was awarded the Lewis Thomas Prize by Rockefeller University, which recognizes the scientist as poet. In 2008, Sacks was appointed Commander of the Order of the British Empire. He has an asteroid named in his honor (Asteroid 84928 Oliversacks). 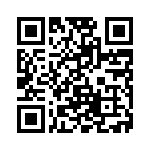