Jeff Clements is a co-founder and General Counsel of Free Speech for People, a national, nonpartisan campaign to strengthen self-government and democracy in America by reversing Citizens United v. FEC and corporate rights doctrines that unduly leverage corporate economic power into political power. Jeff is also founder of Clements Law Office, LLC, and has represented and advocated for people, businesses and the public interest since 1988.

Bill Moyers is an American journalist and public commentator with an extensive involvement with public television, producing documentaries and news journal programs. He has been president of the Schumann Center for Media and Democracy since 1990. 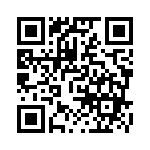