This story is based off the classic NYC Ballet. It's about a little girl and her dream of shrinking down, getting attacked by an evil rat king, then getting saved by the nutcracker prince and they go ... Read full review

No matter how many times I read the story, or watch the ballet, I am always mesmerized at the sheer beauty and creativity of the story. In particular, the illustrations of Valerie Docampo are lovely. Read full review

New York City Ballet is one of the foremost dance companies in the world, with a roster of spectacular dancers and an unparalleled repertory. The company was founded in 1948 by George Balanchine and Lincoln Kirsten and it quickly became world known for its athletic and contemporary style. In 1964 New York City Ballet moved to its current home in Lincoln Center where it performs twenty-one weeks of each year. Widely acknowledged for its enduring contributions to dance, NYCB is committed to promoting creative excellence and nurturing a new generation of dancers and choreographers.

Valeria Docampo taught art and graphic design before dedicating herself to illustrating full-time. She resides in Lyon, France. 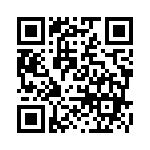