Roxane Farmanfarmaian is completing her PhD at the Centre of International Studies at the University of Cambridge, where she served as editor of the Cambridge Review of International Affairs for three years. During the revolution in Iran she founded The Iranian, an independent weekly newsmagazine. She reported on Iranian affairs from Moscow and has been a contributing writer to The New York Times, The Christian Science Monitor and The Times of London. She has guest lectured at the Centre of Middle Eastern Studies at UC Berkeley, at Madingly Hall at Cambridge University and has consulted on Iran and Iraq for the British Military. 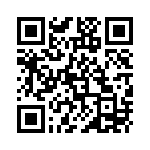