Edward S. Sarachik is Emeritus Professor of Atmospheric Sciences at the University of Washington. He has been an active contributor to research on tropical meteorology, tropical oceanography and coupled interactions in the tropics. He has also worked on other problems of oceanography, in particular the global thermohaline circulation. Professor Sarachik has served on nineteen National Research Council committees, chairing two, in particular the Tropical Ocean Global Atmosphere (TOGA) Panel. He worked to found the International Research Institute for Climate and Society and has chaired IRI advisory committees since its inception. Until his retirement, he co-directed the Center for Science in the Earth System at the University of Washington, a center devoted to the dynamics of climate variability and change and impacts of such variability and change on the ecology, built environment, and people of the Pacific Northwest of the United States. He is a fellow of the American Meteorological Society, the American Geophysical Union, and the American Association for the Advancement of Science.

Mark A. Cane is G. Unger Vetlesen Professor of Earth and Climate Sciences, and Director of the Master of Arts Program in Climate and Society at the Lamont Doherty Earth Observatory, Columbia University. With Lamont colleague Steven Zebiak, he devised the first numerical model able to simulate El Nińo or Southern Oscillation (ENSO), and in 1985 this model was used to make the first physically based forecasts of ENSO. Since then the Zebiak-Cane model has been the primary tool used by many investigators to enhance understanding of ENSO. Professor Cane continues to work on El Nińo prediction and its impact on human activity, especially agriculture and health. His efforts over many years were instrumental in the creation of the International Research Institute for Climate and Society at Columbia. His current research interests include paleoclimate problems and the light they shed on future climate change. Professor Cane has been honoured with the Sverdrup Gold Medal of the American Meteorological Society (1992), the Cody Award in Ocean Sciences from the Scripps Institution of Oceanography (2003), and the Norbert Gerbier-MUMM International Award from the World Meteorological Organization (2009). He is a fellow of the American Meteorological Society, the American Association for the Advancement of Science, the American Geophysical Union, and the American Academy of Arts and Sciences. 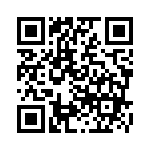