A Pirate of Exquisite Mind says it all, Dampier straddled 16th century privateers like Francis Drake, and enlightened explorers of the 18th century like Captain Cook, a bit of both. This book was ... Read full review

A decent overview of the life of William Dampier, who could indeed be described as a pirate, explorer, naturalist, &c. given all the various and disparate things that he managed to do during his career. A bit overly digressive at times, but other than that, a good read. Read full review

Diana Preston is an Oxford-trained historian, writer, and broadcaster who lives in London. She is the author of The Road to Culloden Moor; A First Rate Tragedy: Robert Falcon Scott and the Race to the South Pole; The Boxer Rebellion and Wilful Murder: The Sinking of the Lusitania. Michael Preston, Diana Preston's husband, read English at Oxford University and is now an historian and traveller. 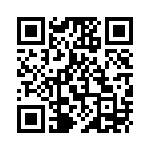