Christine Gerrard is Fellow and Tutor in English at Lady Margaret Hall, Oxford University. She is the author of Aaron Hill: The MusesĪ” Projector, 1685ĪX1750 (2003) and The Patriot Opposition to Walpole: Politics, Poetry, and National Myth, 1725ĪX1742 (1994), and editor of The Cambridge Edition of The Correspondence of Samuel Richardson: Correspondence with Aaron Hill and the Hill Family (2013). She is the co-editor, with David Fairer, of Eighteenth-Century Poetry: An Annotated Anthology (3rd edition, 2014). 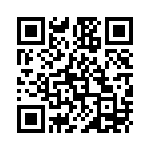