An enterprising man who dabbled in acting and business, L. Frank Baum found his true calling with his magical Oz stories. Conceived as American counterparts to European fairy tales, Baum's turn-of-the-century adventures starring Dorothy Gale and her misfit companions presented moral lessons amidst encounters with evil witches and winged monkeys. Baum adapted his imaginative novels for the stage and screen, and they eventually found lasting popularity with the lavish 1939 movie The Wizard of Oz. 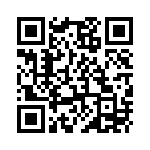