Michael Hochedlinger is Senior Archivist at the Austrian State Archives. He is an expert on the history of the early modern Habsburg army. 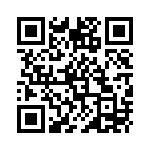