In the book “The Red Badge of Courage” Henry Fleming, or otherwise referred to as “the youth” by the author, opposing his mother’s objections is fighting on the Union side of the legendary Civil War. While rumors were being scattered that their regiment will soon march, Henry is scared that when he actually sees war that he would run, and at first he didn’t because he couldn’t (due to being trapped in by soldiers). However, when we awoke to find the enemy charging again, he ran thinking that he should save his own life. After running he joined a column of wounded soldiers he found winding down the road. He felt terrible and was jealous of all of the men who had stayed and fought and gotten injured. He wanted to have that “Red Badge of Courage” that those soldiers had gotten ny staying and fighting with pride and integrity. He tried to help these wounded soldiers, resisting the question of what his injury was. These soldiers began to die one by one without the proper medical care needed. There was one man who was tattered from battle that Henry ended up abandoning in the forest. Henry got tired of always having to assist this man so he abandoned him and continued to wander through the forest until he finally found himself back close enough to battle that he could watch.
After seeing a blue regiment retreating to tries to stop the soldiers and ask what had happened but one of them hit him in the head with their gun not knowing that Henry was a friend of theirs. Eventually, a soldier leads Henry back to his regiment where he is reunited with his friend Wilson, who had assumed that Henry had been shot in the attack that Henry ran away from. Wilson takes tinder care of the gash that is in Henry’s head. The next day Henry’s regiment returns to the battlefield. This time Henry fights like a lion, maybe even a crazy man. Using the thoughts of the men that he saw die and the man he abandoned as motivation. He takes out his rage on the enemy. He fights so hard that his lieutenant actually states that with ten thousand Henrys, he could win the war in a week. When Henry and Wilson overhears an officer say that soldiers in the 304th regiment fight like “mule drivers” they feel insulted. They long to prove the officer wrong.
When an ensuing charge takes out the regiment’s color barrier, Henry takes the flag and carries it proudly. The charge fails and another man another officer tells the regiment’s colonel that his men fight like “mud diggers”, which infuriated Henry more than he already was. Later, another soldier told Henry and Wilson that the colonel and lieutenant consider them as the best two fighters in their regiment. Their regiment is then sent back into battle, which Henry is still carrying the flag for them. They charge at an enemy group of soldiers and after a hard battle they win. After Wilson captures the enemy flag, they take four prisoners. As they are marching back to their camp, Henry thinks about all that he has faced in the war. Even after standing up and fighting like a hero he feels extremely bad for running after the first battle and also for abandoning the tattered beat up man in the forest. He finally gets over it and realizes that he can’t change it. He feels that he has has done all that he could to make up for it, and also overcome “the red sickness” of battle. He looks forward to what will hopefully be peace with himself. 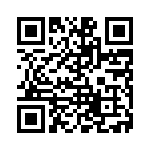