Motown and Didi, two teenage loners in Harlem, become allies in a fight against Touchy, the drug dealer whose dope is destroying Didi's brother, and find themselves falling in love with each other. 4th grade Read full review

Born in Marinsburg, West Virginia in 1937, Walter Dean Myers is one of the premier authors of books for children. His mother died very early in his life–an event that propelled him into experiences that later influenced him to write. It was difficult for Myers' father to raise eight children alone, and eventually, a nearby couple, Herbert and Florence Dean, took in three-year old Walter and moved to Harlem, New York. "Harlem became my home and the place where my first impressions of the world were set," says Myers.

As a child, Myers went to school in his neighborhood and attended bible school almost every day of the week. Myers had a speech impediment which made communicating difficult for him, and often found himself in fights, defending himself against kids who taunted him. After a while, on 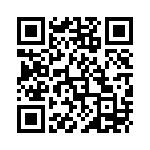