Gerald Cromer is Associate Professor of Criminology, Bar Ilan University, Israel. He is author of The Writing Was on the Wall: Constructing Political Deviance in Israel (1998) and Narratives of Violence (2001). 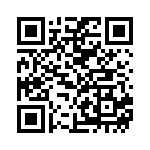