Alfred North Whitehead, who began his career as a mathematician, ranks as the foremost philosopher in the twentieth century to construct a speculative system of philosophical cosmology. After his graduation from Cambridge University, he lectured there until 1910 on mathematics. Like Bertrand Russell (see also Vol. 5), his most brilliant pupil, Whitehead viewed philosophy at the start from the standpoint of mathematics, and, with Russell, he wrote Principia Mathematica (1910--13). This work established the derivation of mathematics from logical foundations and has transformed the philosophical discipline of logic. From his work on mathematics and its logical foundations, Whitehead proceeded to what has been regarded as the second phase of his career. In 1910 he left Cambridge for the University of London, where he lectured until he was appointed professor of applied mathematics at the Imperial College of Science and Technology. During his period in London, Whitehead produced works on the epistemological and metaphysical principles of science. The major works of this period are An Enquiry Concerning the Principles of Natural Knowledge (1919), The Concept of Nature (1920), and The Principles of Relativity (1922). In 1924, at age 63, Whitehead retired from his position at the Imperial College and accepted an appointment as professor of philosophy at Harvard University, where he began his most creative period in speculative philosophy. In Science and the Modern World (1925) he explored the history of the development of science, examining its foundations in categories of philosophical import, and remarked that with the revolutions in biology and physics in the nineteenth and early twentieth centuries a revision of these categories was in order. Whitehead unveiled his proposals for a new list of categories supporting a comprehensive philosophical cosmology in Process and Reality (1929), a work hailed as the greatest expression of process philosophy and theology. Adventures of Ideas (1933) is an essay in the philosophy of culture; it centers on what Whitehead considered the key ideas that have shaped Western culture. 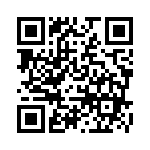