Very good for a report 5 stars

Josh Ozersky (1967–2015) was a James Beard Award–winning food writer and cultural historian, the author of The Hamburger: A History. He writes on society and food for Time magazine and has written frequently for New York Magazine, the New York Times, Saveur, and numerous other publications. Among his other books are Archie Bunker's America: TV in an Era of Change, 1968–1978 and Meat Me in Manhattan: A Carnivore's Guide to Manhattan. 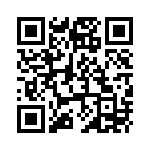