Cather vocalizes the vivacity and torment of raw talent - from a very few others recognizing a non-specific light, self-realization, the quest for knowledge & refinement, discovering you have no peers ... Read full review

Primarily an exploration of the artistic drive but also a description of a time (1890 to 1920) and places (Colorado, Arizona, Chicago, and New York City) Read full review

Born in Virginia, Willa Cather (1873–1948) moved with her family to Nebraska before she was ten. She graduated from the University of Nebraska in 1895, then taught high school and worked for the Pittsburgh Leader before being appointed associate editor of McClure’s Magazine. Cather published her first novel, Alexander’s Bridge, in 1912. In O Pioneers! (1913), she turned to her greatest subject, immigrant life on the Nebraska prairies, and established herself as a major American novelist. O Pioneers! was followed by other novels, including My Ántonia (1918), The Professor’s House (1922), and Death Comes for the Archbishop (1927).

Melissa Homestead is the Susan J. Rosowski Professor of English at the University of Nebraska–Lincoln. She is the author of American Women Authors and Literary Property, 1822–1869, and with Guy Reynolds is coeditor of Willa Cather and Modern Cultures. 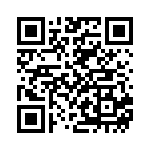