This biography of William Temple and Dorothy Osbourne is based primarily on their letters to one another. Theirs is a romantic story: William fell in love with Dorothy, determined that he would have ... Read full review

Read My Heart: A Love Story in England's Age of Revolution

Dorothy Osborne (1627-95) and William Temple (1628-99) began their love affair during the tumultuous years of the English Civil War. Despite steadfast familial opposition, they carried on a courtship ... Read full review

Jane Dunn is the biographer of the relationship between Virginia Woolf and Vanessa Bell, and the biographer of Mary Shelley. She has written a groundbreaking biography of Antonia White and most recently, the bestselling ‘Elizabeth and Mary’. She is Fellow of the Royal Society of Literature and lives in Bath. 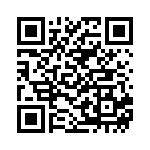