Abraham Eraly, who was born in Kerala, has taught Indian history in Madras and the United States. He is the author of Gem in the Lotus: The Seeding of Indian Civilisation. He lives in Madras. 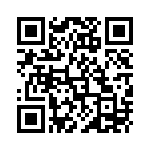