Paul DuChateau, Ph.D. is currently Professor of Mathematics at Colorado State University in Fort Collins, Colorado. He received his B.Sc. in engineering science and his Ph.D. in mathematics at Purdue University in 1962 and 1970 respectively. In addition to teaching, he has worked as an applied mathematician for General Motors and United Aircraft corporations and has held visiting positions at Argonne National laboratory. He has received government funding for research in applied mathematics and has published extensively in the area of partial differential equations.

David W. Zachmann, Ph.D. is Professor of Mathematics at Colorado State University. He received his Ph.D. in applied mathematics from the University of Arizona in 1970 and his B.S. in mathematics from Colorado State University in 1965. During 1983 he was a visiting senior research scientist at the CSIRO Environmental Mechanics Division in Canberra, Australia. His research in applied mathematics has been supported by various government agencies. In addition to his teaching and research activities, he frequently serves as a consultant to industry and government. 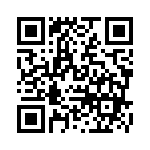