Wild spirits run rampant in Doore’s thrilling third Chronicles of Ghadid fantasy (after The Impossible Contract), and Illi Basbowen feels she’s the one who can stop them. Illi and her cousins are ... Read full review

K. A. DOORE was born in Florida but has since lived in Washington, Arizona, and Germany. She has a BA in Classics and Foreign Languages and an enduring fascination with linguistics. These days she writes fantasy in mid-Michigan and develops online trainings for child welfare professionals. The Unconquered City is the last novel in the Chronicles of Ghadid trilogy. 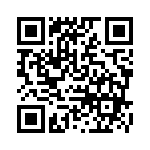